Vintage Vodou from the Makandal Archive

So when I came to New York, I decided to make an LP [vinyl recording]. What made me decide to make an LP was… I’ll tell you, what I was seeing was that everyone who made an LP went to Haiti. They recorded in Haiti with poor people, and when they were done, they would come back here and find a sound engineer. You’re telling me there can’t be musicians here? There are people who can beat the drum, people who can sing. Why go only to Haiti?

Makandal has just re-released three of its classic albums, two Vodou and one Vodou jazz. Read on for details…

Frisner could barely wait to get into a recording studio with La Troupe Makandal. The company arrived in Brooklyn from Port-au-Prince in October of 1981, and Frisner introduced it to Firmin Joseph, who gave Makandal its first engagements, and then to Gayrol Desmosthenes, a record producer. Demosthenes released A Trip to Vodou (spelled Voodoo at the time) in the fall of 1982. Only four years later Frisner, who got his first gig in New York in 1972 with the legendary Vodou jazz group Jazz des Jeunes, ventured into his own brand of Vodou jazz. He assembled drummers, singers, horns (trumpet, trombone, and tenor sax), and bass for the recording that became Èzili (spelled Erzili in its first apparition). We nearly lost the tape in an apartment fire (the subject of another blog post), but the spirit of love rescued it for us. Frisner Augustin and Joel Pierre produced Èzili. Free album notes here.

In 2004 Frisner Augustin and Steve Deats produced the compact disc Prepare with Makandal. The album returned to classic instrumentation (drums and percussion) as it commemorated the bicentennial of Haiti’s independence and drew an analogy between the birth of the nation and the birth of the person in the Vodou initiation. The title song “Prepare” (a cognate spelled the same way in Kreyòl and English) urges the listener to get ready to set things right (“pou n al regle zafè nou”)—a call to action for any time. Free album notes here.

After Frisner left us, second drummer Steve Deats called my attention to a set of recordings Frisner had made in 1992 for musician and producer Jean Jean-Pierre. Although Jean-Pierre used snippets of the recordings for various purposes, he had never released the tracks as an album. Working with co-producer Paul Uhry Newman, he had simple recorded Frisner on solo drums (two congas) in his studio in Rockland County, New York. I put the ten tracks together, smoothed out the beginnings and endings, and released the set as The Intimate Touch, From Frisner with Love in 2014. I’ve characterized the album as providing “bliss and a cerebral massage to the connoisseur of fine drumming,” and I had fun with the album notes. Find them free here. 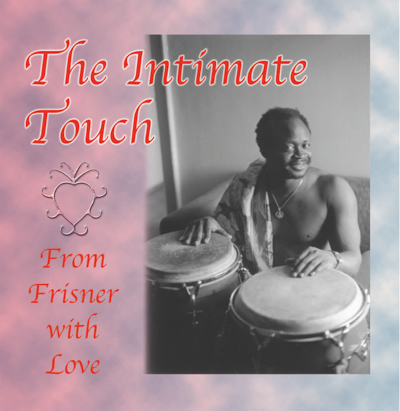 Makandal has re-released each of these albums for download and streaming. You can find all three through our distributor. Click/tap below for track samples and links to your favorite distribution source:

Enjoy the drums of Vodou, and keep an ear out for more.

Featured image: Spectrogram by Sonic Visualizer of an excerpt from “Triptik” (first track) of The Intimate Touch, From Frisner with Love

Makandal channels multiple media to educate and enlighten the public about Haiti, the Haitian diaspora, and all those touched by the rich legacy of Haiti. The company's activities include research, archiving, theatrical productions, and the promotion of artists.
View all posts by makandal1758 →
This entry was posted in Vodou and tagged Drumming, Frisner Augustin, Haiti, Haitian Drumming, Haitian Drums, Haitian Music, Makandal, Music, Vodou. Bookmark the permalink.

1 Response to Vintage Vodou from the Makandal Archive